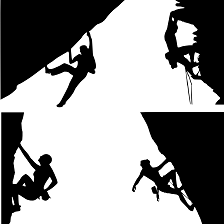 It can sometimes be difficult to decide what sort of modifier to assign to certain tasks. The guidelines for trait tests in the core rules recommend +2 for an easy task, -2 for a difficult task, and -4 for a very difficult task, but I find it's also useful to look at existing modifiers to get a better feel for when and where they're used.

You'll also see -2 penalties for things like using your off hand, performing a task without appropriate tools, shooting from horseback, suffering recoil from an automatic weapon, performing two actions the same round, and so on. Meanwhile, many Professional Edges (which "represent many years of training") provide a +2 bonus to certain skill rolls.

The same approach can be used for bonuses. Antique climbing gear grants a +2 bonus to Climbing rolls, while modern gear grants a +4 bonus, so I might award a +1 bonus for improvised climbing gear and possibly a +6 bonus for high-tech futuristic climbing gear (with a huge caveat: it's usually better to have gear eliminate penalties rather than assign bonuses if you still want standard difficulty tasks to pose a challenge).

Of course it's also very important to stress that not all tasks require a bonus or penalty - most of the time it's perfectly sufficient to call for an unmodified roll!

Posted by Richard Woolcock at 03:19