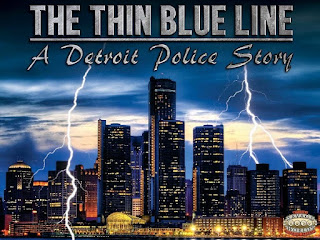 The latest project by Melior Via (the company behind Accursed) is a modern urban fantasy setting, which focuses on the paranormal investigations of the psychically gifted police officers of Corktown Precinct.

John Dunn offered to let me have a sneak peek at the current draft of the player's guide, so I thought I'd give a quick overview in case anyone else was interested in the project. I will focus mainly on the crunch because that's the area I know best.

The first chapter is 39 pages, around a quarter of which covers the history of Detroit, the rest describing the neighborhoods and regions of interest, along with some maps. Most of the information is based on real-world history and geography, but there are also subsections covering supernatural activity.

Someone who is already familiar with the history of Detroit might already know some of this information, but for anyone else the chapter is invaluable. It's also well organised, broken down into separate sections that each cover different parts of the setting.

This chapter is 11 pages, and focuses on Corktown Precinct and the police force. It delves more deeply into the supernatural side of things, describes the various ranks and roles of the police officers, and explains the recruitment and training process.

This chapter is 11 pages, and covers character creation, setting rules, Edges and Hindrances.

Characters are also required to take at least d4 in Driving, Fighting, Guts and Shooting, which seems pretty reasonable. However the fact that they're not freebies, and that Legal Authority is explicitly defined as an Edge rather than a setting rule, would imply to me that PCs don't need to be police officers if they don't want to be - a common trope in urban fantasy, where the supernaturally-gifted civilian protagonist is occasionally called upon for their expertise. I don't know whether that is the intent, but I think it would make a fun option, even if it's only included as a footnote.

As with Accursed, a few Edges and Hindrances are also included from the Horror Companion, although you could ignore them if you didn't want to purchase an extra book.

There are four new Hindrances. Disrupted Psyche is like Cursed from the Horror Companion, except it works against Psychic powers rather than Miracles, and has been reduced to a Minor Hindrance. Glass Jaw has shown up in other settings. The other two are more interesting (and unique as far as I'm aware): Gambler and Haunted.

There are two new Arcane Backgrounds and five new Edges (although one of those is Dirty Fighter, which has appeared in other settings). The Edges don't explicitly list their categories; Parapsychologist looks like a Professional Edge, but it would be nice to know for sure (because of the rules for stacking bonuses).

This chapter is 12 pages, and details the new Arcane Backgrounds and their powers, including 14 new powers geared towards different types of psychic characters. Most of the powers look pretty good, the only one I'd take exception to is Autodidact (+6 to any Knowledge skill of your choice with a duration in hours) - I'd personally reduce the bonus to +2 (the same as the Scholar Edge).

As well as Psychics, there are also rules for Nullifiers - characters who are able to block the supernatural powers of others. I wasn't too sure about treating them as an Arcane Background initially, but after reading the extensive flavour text I think it's a good fit.

The chapter finishes up with a few pages on paranormal phenomena and rival organisations.

This chapter is 10 pages, and covers equipment and vehicles. There's a lot of gear listed, some of it is the same as SWD and some of it is new. Most of it looks pretty good, although there are a few areas I'm hoping the writers will take another look at before publishing, in particular:
Summary

The version I looked at is still a draft, but it's packed full of good content and is clearly close to completion. It actually reminds me a bit of the novel "Rivers of London" (called "Midnight Riot" in the US) by Ben Aaronovitch, except based in Detroit rather than London, and I can definitely see it appealing to fans of urban fantasy.

You can check out the Kickstarter here, and view the website here. I will definitely be backing this one.

Posted by Richard Woolcock at 08:16 No comments: 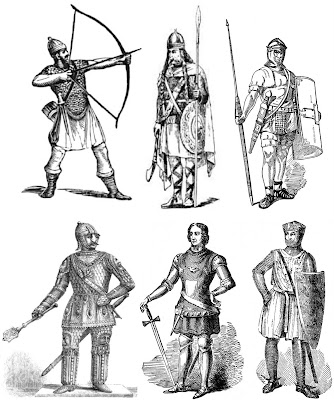 A couple of weeks ago someone on Google+ asked if there were any resources for simple monster creation - a sort of "dummies guide". I thought that sounded like a good idea, as I often see people making mistakes when writing up monsters (particularly with Parry and Toughness), so I put together a tool for it.

It's designed to be quick and easy to use, so it doesn't offer the same amount of detail as some of my other tools, but it might be helpful for people who don't yet have much experience with building monsters.
Posted by Richard Woolcock at 14:06 No comments: