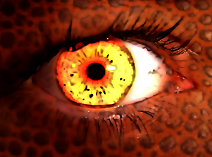 The PCs have finally tracked down the evil cultists and cornered them in their lair, interrupting the summoning ritual before it can be completed. As most of the heroes move to engage the cultists in combat, the professor rushes towards the pentagram in the centre of the room, reciting a guttural incantation from an ancient grimoire in the hope that he can close the magical rift. While he chants, an infernal entity begins to take form within the pentagram - will it break free before the professor can banish it?

In order to give the professor a challenge, the GM decides to treat this final showdown as a Dramatic Task.

But what is the professor's chance of success?

Working out the probabilities for a standard task is fairly straightforward: An Extra with d6 in the appropriate trait would obviously have a 50% chance of success, while a Wild Card with d6 would have a 75% chance of success. But what is their chance of succeeding at a Dramatic Task? What if the character has one or more bennies? What if others are helping with Cooperative Rolls?

The probabilities for Dramatic Tasks are not easy to predict, and miscalculating the challenge can turn an important encounter into an anticlimatic cakewalk...or a total party kill. To make the process easier, I've written a Dramatic Task Simulator tool.

Using the tool, we can see that an Extra with d6 in the appropriate trait would only have around a 2% chance of success! The odds for a Wild Card are somewhat higher, but still not great:

If the character has Wild Card allies making Cooperative Rolls with d6 in their traits, the chances improve further:

Of course the odds increase significantly when the character is more skilled. If the professor has Knowledge (Occult) d8 and the Scholar Edge (granting a further +2), even without allies his odds would be as follows:

The tool also includes options for tweaking the mechanics. For example you could rule that failure on Clubs means losing 1 success (instead of resulting in total failure of the task), which would have the following odds:

You can also adjust the length of the task. For example I sometimes run 3-round Dramatic Tasks (requiring 3 successes), for situations that aren't quite so crucial. On other occasions I'll run a full-length Dramatic Task, but allow for partial success, similar to the Social Conflict rules.

By adjusting the mechanics and looking at the odds based on the traits of the PCs, you can help make your Dramatic Tasks appropriately challenging for the players.

When making a Cooperative Roll, you should normally use the same skill as the lead character. However I will often allow those making Cooperative Rolls to use a different skill if they can justify how it would help.

For example, if the Dramatic Task involves picking a lock before a guard patrol walks past, one character might use Persuasion or even Taunt to distract the guards, buying time for the main character to complete their Lockpicking attempt. As the objective of the Dramatic Task would be to pick the lock before the guards arrive, slowing down the guards would be just as useful as speeding up the lockpicking effort.

Posted by Richard Woolcock at 08:49