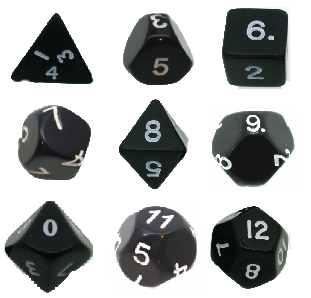 By the RAW, characters in Savage Worlds earn 1-3 experience points per session, although in practice it usually works out at 2-3 for most groups - and as 5 experience points grant an Advance, some GMs find it easier to simply award everyone half an Advance per session. This means that PCs can improve something every two sessions.

Some GMs dislike characters advancing every two sessions, and instead prefer to double the number of experience points earned, so that PCs gain one Advance every session. The obvious drawback of awarding double experience points is that the PCs advance at twice the recommended speed, and can rapidly outpace the challenges in a campaign designed for characters using the normal advancement rules.

You can still rule that characters cannot raise the same skill twice in succession if you wish to retain the "raise two different skills" limitation, but allowing PCs to spend half an Advance at a time means there is the possibility for improvement every gaming session.

But that's just skills. Can the same concept be extended to attributes and Edges as well?

There have been several discussions in the past about the pros and cons of extending trait progression using d14, d16, d18, d20, d22 and d24, instead of applying fixed bonuses after d12. But what about inserting additional die steps in between the existing trait progression dice?

Introducing a d5, d7, d9 and d11 would allow characters to raise their attributes in smaller increments, for example a PC could increase their Strength from d6 to d7 for half an Advance, then increase it again to d8 with their next half Advance if they wished.

Note that Derived Statistics are already rounded down (e.g., Vigor d12+1 gives Toughness 8 rather than 9), so increasing Vigor or Fighting to an odd die step would not be exploitable in that respect.

In Savage Abilities I introduced the idea of Minor Edges - Savage Worlds already splits Hindrances into Minor and Major, after all, so why not do the same for Edges?

Other Edges provide multiple benefits which could be divided up, for example Beast Master might be split into Animal Empathy (animals don't attack you) and Animal Companion (you have a loyal animal companion), while Strong Willed might have its Intimidation and Taunt bonuses separated into two Minor Edges.

Particularly weak Edges such as Bruiser or Combat Reflexes could also be downgraded to Minor Edges, at the GM's discretion.

Characters can purchase a new skill at d4 for a full Advance, which effectively negates the -2 penalty for being unskilled. By extension, it should be possible for someone to become partially skilled (going from d4-2 to d4-1) for half an Advance, representing a character who is still learning the ropes but is no longer completely clueless.

Although this proposal has additional benefits (such as increasing character diversity by allowing smaller investments in specialised abilities), one of the main advantages is that PCs can advance in a more granular fashion. They can potentially gain or improve an ability every session, but overall they still progress at the same speed as the official rules.

GMs using the "Spell Trappings" guidelines from Savage Spellbook might also allow characters to gain a single new trapping for a power they've already purchased with a Minor Advance. For example a character who had previously purchased New Power (with a Major Advance) to take Blast with the "Fireball" trapping could spend a Minor Advance to take "Ice Storm" as a second trapping for their Blast power.

Similarly, when using the "Skill Specialization" setting rule from SWD, one additional specialisation would cost a Minor Advance.
Posted by Richard Woolcock at 05:06