House Rule: Combining a skill with a trick/test 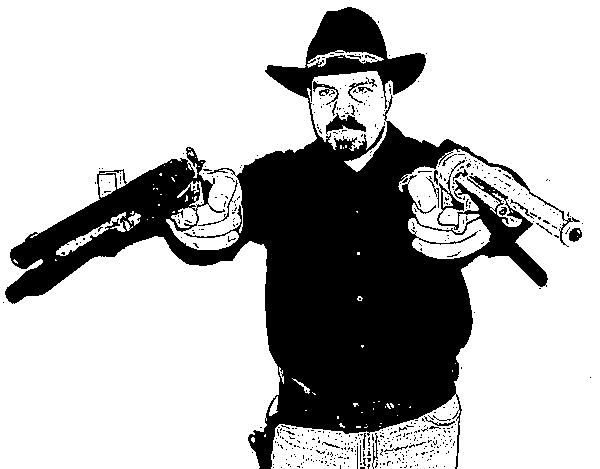 In some situations you may wish to perform a trick or test of will that, based on its description, would appear to heavily depend on a combat or arcane skill.

When this occurs, use the lowest of the two traits. If the skill normally requires the use of a tool or weapon, has a limited range, or expends a resource, then those restrictions still apply, as do any penalties which would normally apply to the skill (such as range, cover, etc). However you receive a +1 bonus to the roll, and in the case of an arcane skill, any penalties are also reduced by the PP cost of the power (although this never provides a positive bonus).

If you roll 1 on the skill die, then the action is resolved as if you were actually using the combat or arcane skill, without the +1 bonus.

Note: This is based on a throw-away proposal I made on the Pinnacle forums in the past. The subject came up again recently, and I had to really dig around to find my post, so I'm repeating it here.

You want to shoot at the ground and make your opponent dance: Expend a point of ammo and roll the lowest of Shooting and Intimidation with a +1 bonus. The result must be high enough that it would have hit if it were a Shooting roll. If you roll 1 on the skill die, but the Wild Die was successful, resolve the action as a normal Shooting action - you accidentally shot them.

You want to carve your initials onto your opponent's shirt: Roll the lowest of Fighting and Taunt with a +1 bonus. The result must be at least equal to their Parry, and you must be within melee reach. If you roll 1 on the skill die, but the Wild Die was successful, you accidentally cut through their shirt and into their flesh - resolve as a normal Fighting action.

Your only offensive spell is a firebolt, and you don't want to kill the guard who's chasing you - so you decide to shoot the tree next to him and spray him with hot splinters: Expend 1 PP and roll the lowest of Spellcasting and Agility (trick) with a +1 bonus, ignoring 1 point of penalty (from the PP) for range/cover/etc. If you roll 1 on the skill die, you suffer backlash, and if the Wild Die is successful you accidentally hit the guard directly with your firebolt.

Posted by Richard Woolcock at 04:30

Email ThisBlogThis!Share to TwitterShare to FacebookShare to Pinterest
Labels: Savage Worlds, test of will, tricks